Every week I create something.

Some weeks I create more.

In fact – most days I create loads – but in terms of the tangible, the painty reality, every week of this year I am creating at least one something: One page of One book of One year

I’m over half way in now, and I’m detecting more and more patterns all the time, every one a metaphor for the unfolding times in which they’re made:

Some weeks start on the first day and incrementally develop a little at a time.
Some weeks are a flurry of fervour, forced into focus in a short few days: blurting out in totality at the start, or squished up against the finishing hours.

They all reflect some underlying aspects, some current cares and the modality of the moment:
Words and feelings ooze in and out.. You might not hear them, but we both know they are there. 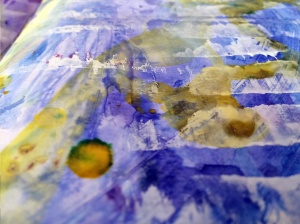 Weaving in the elements: internal and external. 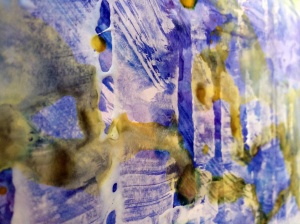 There’s what rests on the surface, and there’s so much more. 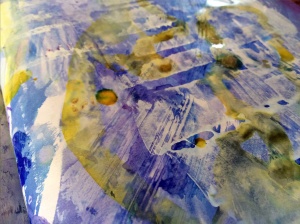 The surface reflects to you what you project out.
For everyone it’s something personal and new.

Each page, each week, each is contained within a season of interest with the cast of supporting characters who meander about and around my days. These recent weeks have been populated by some images that I printed more than I needed for a project I’ve since finished. Smiling, familiar faces from within the framework that structures these times. Left over faces smile out of these times.

Here from the perspective of a photo I see all that I’d like to do to ‘finish’ the image. But that week has passed so it’s another that I’ll leave as it is, almost ready, a little soft in the middle and a bit raw in places. It’s all ok.
Time pushes on, I’m over the other side of this one now.

This site uses Akismet to reduce spam. Learn how your comment data is processed.